Since 2013, the DVC has been the owner and steward of Ryan, an extraordinarily well-preserved look into life for miners who worked for the Pacific Coast Borax Company around the turn of the 20th century. Ryan was a luxurious mining camp by any standards of the day – with electricity, steam heat and refrigeration it also boasted a school, a hospital, post office, recreation hall/church (shipped down in sections from Rhyolite) and a general store.

Unlike other mining towns that were abandoned after short-lived mining operations were stopped and moved elsewhere, Ryan, built in 1914, was kept up for decades by Pacific Coast Borax Company (PCB). After richer, more economical borate deposits were discovered in the Kramer District (Boron, CA), the company decided to convert is holdings to tourism and with some remodeling, Ryan became the “Death Valley View Hotel” in 1927. 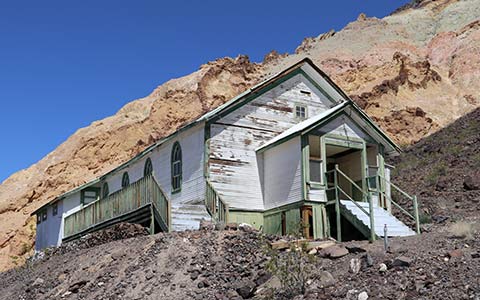 Ryan Rec Hall, once a church in Rhyolite, NV. This image was taken before it underwent a major stabilization and rehabilitation project. 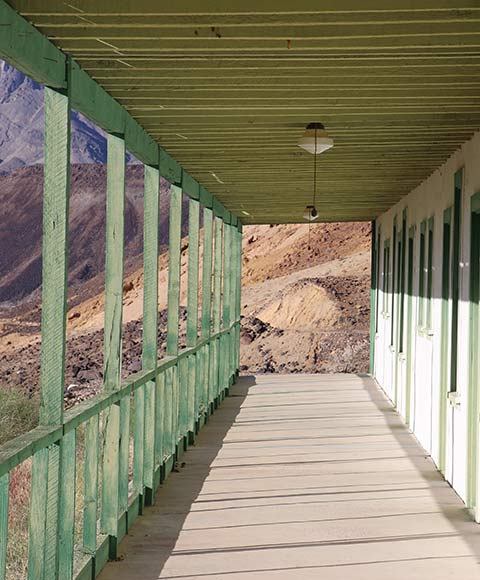 More than 100 years later, many of the main structures of the camp on private land remain, and serve as the focal point of DVC’s restoration and preservation efforts. DVC’s mantra for Ryan is to “preserve what is left and restore where possible.”

Rio Tinto, which owned the land, buildings, and surrounding mines, donated Ryan Camp and its mineral rights to the DVC in 2013. Working with DVC, Rio Tinto also established the Ryan Endowment and Work Funds which will help the conservancy maintain and restore historic features on the site. The contribution is meant to ensure that proper resources are available for restoration and maintenance at the site far into the future, and is a testament to how much the company values its heritage in Death Valley.

While public tours are occasionally offered at Ryan, it is important to note that for the safety and preservation of the site it is otherwise closed to the general public.

Ryan Through The Lens

A look into the Death Valley spirit that embodies this special place.

Your donation to either the Ryan Endowment Fund or the Ryan Projects Fund will help to preserve this amazing mining camp.

Part of the work at the site includes preserving buildings and accommodations, and researching the rich history of the mining camp. DVC is working hard to make sure that the buildings in Ryan are structurally sound with loving attention to historic details. Below are just a few of our featured projects.

Ryan got its start in 1914 when the Pacific Coast Borax Co. moved its base of borax mining operations from Old Ryan at the Lila C mine to New Ryan (the Ryan we know today) in 1914, with the completion of the Death Valley Railroad.

After the slowdown of Ryan’s mining activity during World War I, Pacific Coast Borax embarked on an ambitious program of modernizing its facilities and consolidating its workforce; it envisioned Ryan as the center of its mining operations for years to come.

In 1927, Pacific Coast Borax again began moving its base of borax mining operations, this time away from Ryan and Death Valley – richer, more accessible deposits awaited at Boron, CA. Loathe to abandon its many Death Valley assets, the mining corporation converted Ryan into a hotel which they named the Death Valley View Hotel. The hotel served as a base for tourist attractions like trips on the existing 24-inch “baby” gauge railroad.

Ryan saw continued use as a seasonal hotel, as overflow housing when the Furnace Creek Inn was full, and as a busy daytime base for Baby Gage trips and mine tours. The recreational uses continued for nearly 30 years, though the intensity of use decreased, hotel operations shut down for the duration of World War II, and the Baby Gage tours ended in 1949. In 1954, groups of San Jose State University students began yearly visits to Ryan as part of a natural history program. Also during the 1950s, Ryan and its immediate surroundings saw occasional use as a filming location; six Death Valley Days episodes were filmed there in the 1950s, and an episode of The Twilight Zone was filmed there in 1959. In that same year, the iconic film Spartacus used several Ryan locations to film its opening sequences.

Pacific Coast Borax merged with another company to become U.S. Borax in 1956, and had essentially mothballed Ryan by 1962. Ryan was overseen by a series of part-time and full-time caretakers. Many of Ryan’s buildings, including shops, garages, and houses, were moved or demolished.

In 2011, the Death Valley Conservancy began joint management of Ryan, and in 2013, it received the property as a donation from Rio Tinto. Ryan is now managed by professional staff who have implemented a more comprehensive maintenance, preservation, rehabilitation, and restoration program. New uses for the property, including adaptive reuse of some buildings and reconstruction of some missing buildings, are currently in the planning stage. 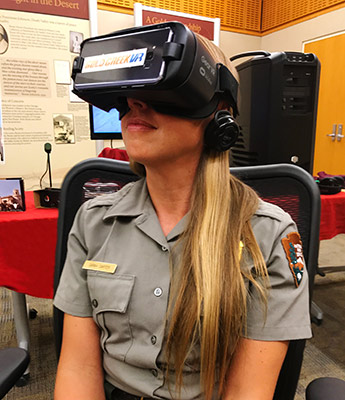 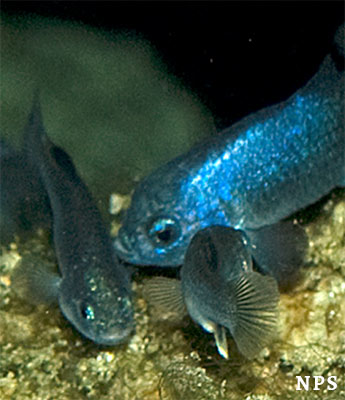